Behind the Scenes - The Great Australian Opal Tour

October’s Birthstone and our favorite stone here at Featherstone..The Opal, which has us reminiscing about last year’s Great Australian Opal Tour.

In the fall of 2014, we had the opportunity to travel Down Under for ten days for a tour of Australia’s incredible opal regions. Organized by the Opal Miners Association of Australia, the opal crazed touring party was a mixed international group of gem-obsessed Geologists, Jewelers and Gem Dealers. What an amazing experience it was! One of our first stops was Lightning Ridge in the state of New South Wales, famed for it’s magnificent Black Opal. 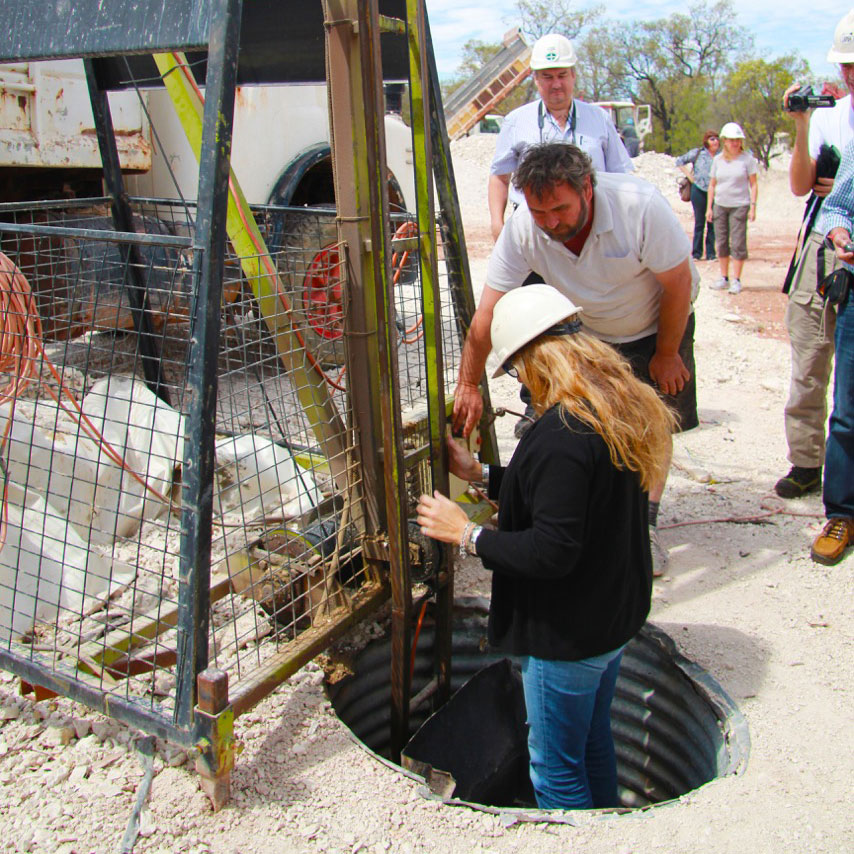 Deirdre bravely descending into an opal mine for the first time at a stone-rich area called Sheepyard. 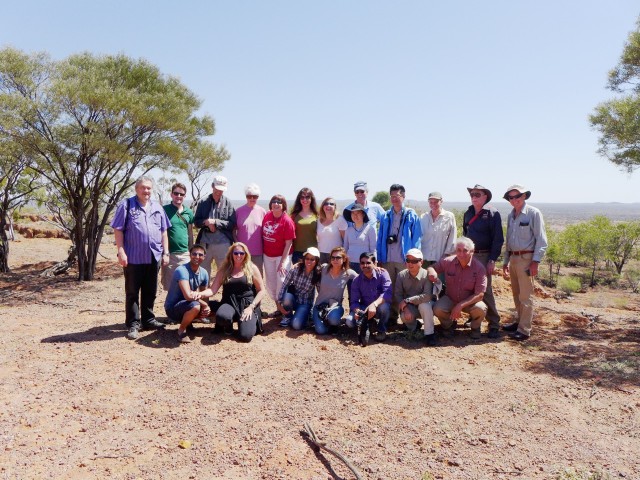 The Gang with our lovely and knowledgeable guides Maxine O’Brien (center, in red) and Tony Smallwood, opal lecturer at the Gemological Association of Australia. (second standing from left). 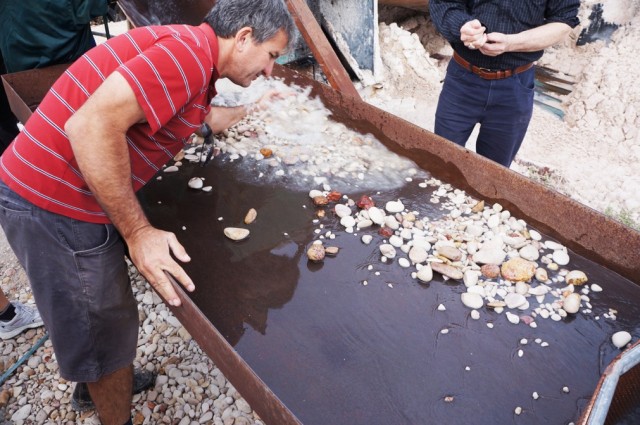 Hand sifting for Black Opal at a stone tumbler with Lightning Ridge local and miner, Fred. 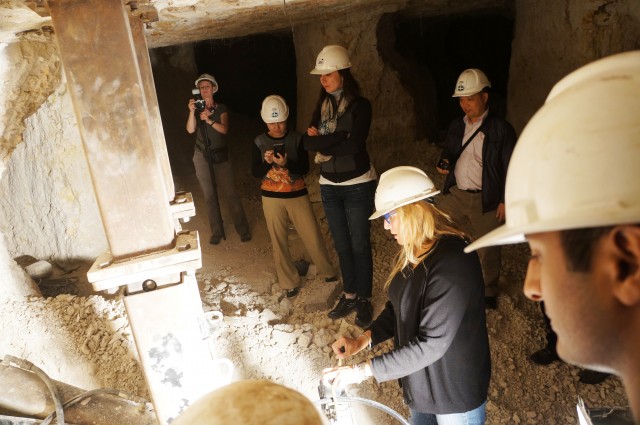 Deep within a mine Deirdre works the machinery. Who said this industry was glamorous?! 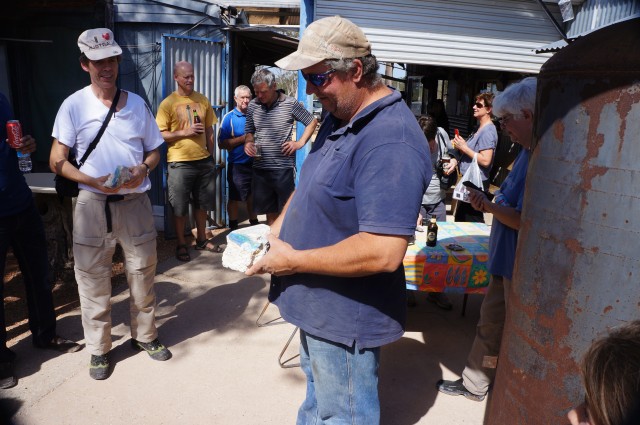 A huge band of magnificent solid opal in claystone. A rare find that was discovered only a few weeks before our arrival by miner Tony. 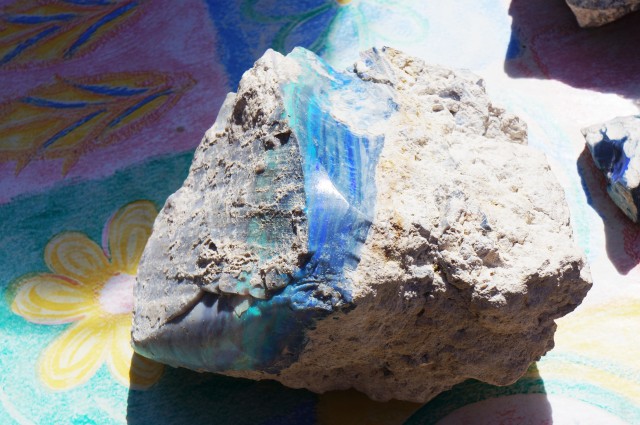 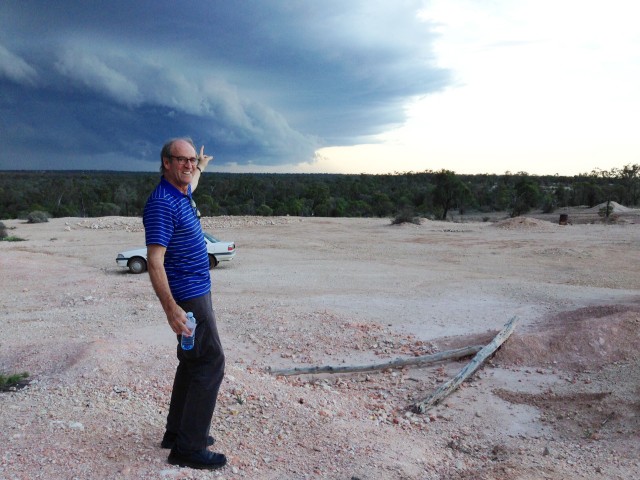 Another rare occurrence. Lightning at Lightning Ridge! Here is Wilson from Featherstone who is known in the studio as “The Weather Man”. 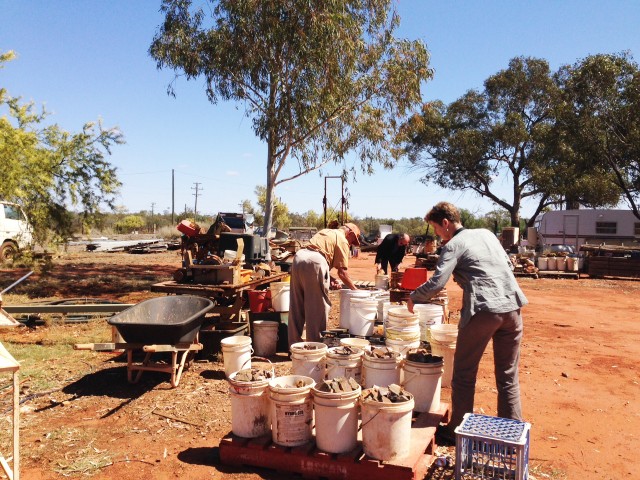 Buckets of rough opal waiting to be cut. 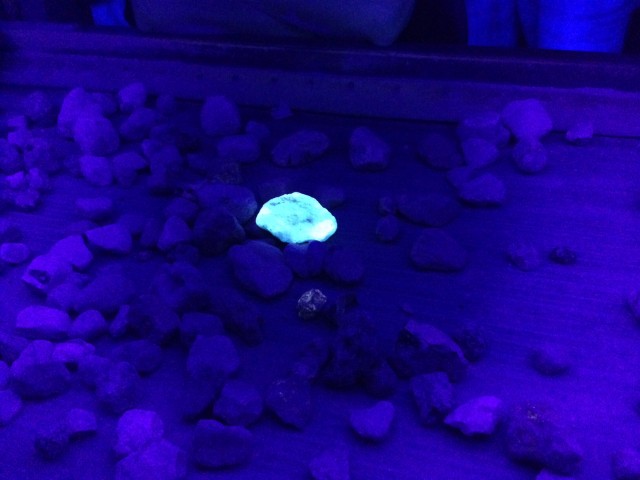 This method is used in order to separate the opal from sandstone. Rough sandstone dug out from a mine is run on conveyor belts in darkened sheds with UV lighting. When opal material is present the material glows! 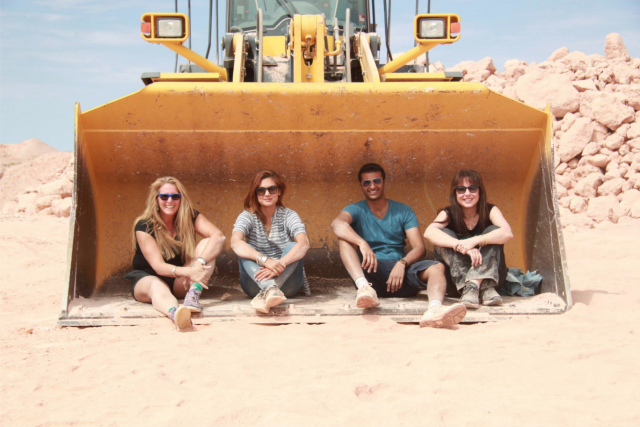 Taking a break from opal sorting in Coober Pedy. Deirdre & Shel and our friends Shreyes & Erica. 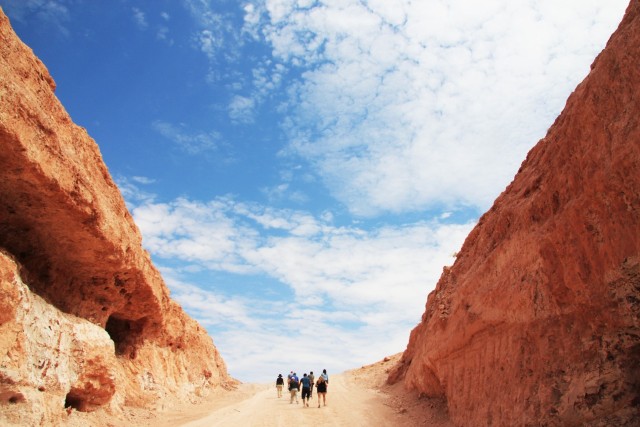 A mine of epic proportions in Coober Pedy, South Australia. 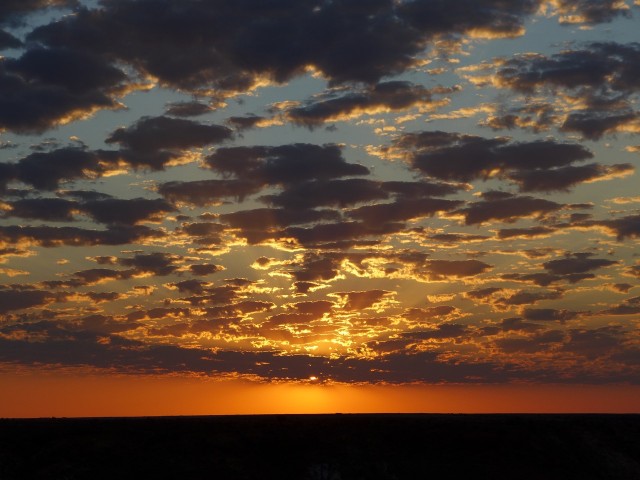 Sunset on our last day at the beautiful Breakaways Conservation Park, South Australia. What an adventure! Now time to create something beautiful with the treasures we picked up. Straight from the source to New York City.