Behind the Scenes - 30 Rock- An Anniversary Story

This summer, we had a HUGE project. This year, two of our clients celebrated their thirtieth anniversary. Joanna and Brian asked us to create a ring to honor their marriage. 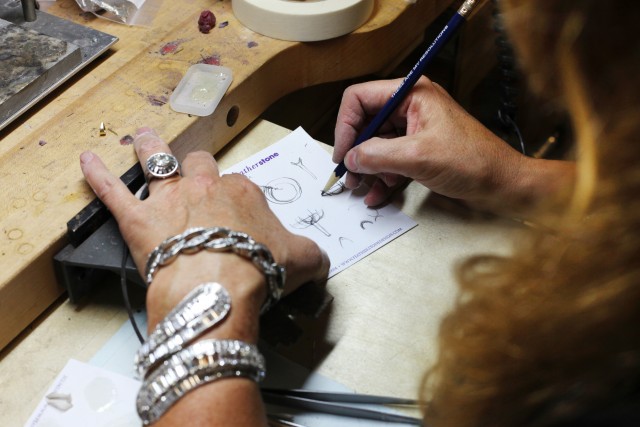 Joanna had a vision – a diamond that would float on her finger. We worked with her and Brian to come up with the perfect design. Using the treasure trove of Art Deco architecture in Manhattan as inspiration, Deirdre imagined a ring that would reflect the Chrysler Building’s lines, the proscenium at Radio City and the important vernacular of Rockefeller Center. 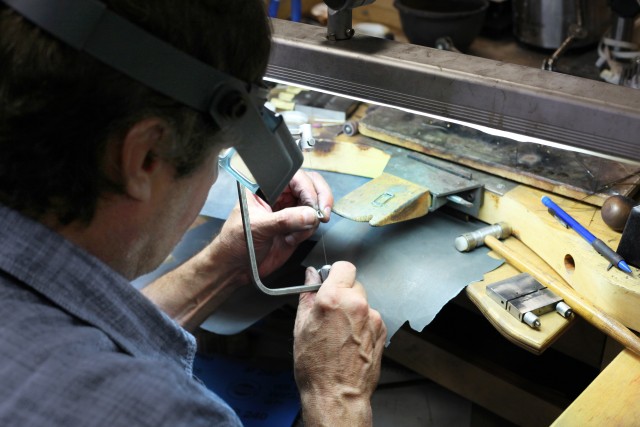 30 Rock – as the ring came to be called (we love the double meaning!) – was built at the Studio by our master bench jeweler, Pavel Parshin, and came out absolutely perfect. Brian came to the studio to preview the ring before “The Reveal.” He “proposed” to Joanna on one knee using the new ring – a formality that was thirty years in the making! Joanna was stunned when Brian traditionally proposed to her. He could barely get the question out before she was yelling her answer… 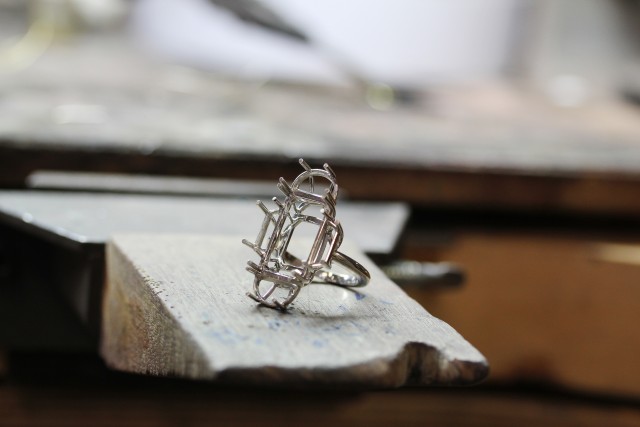 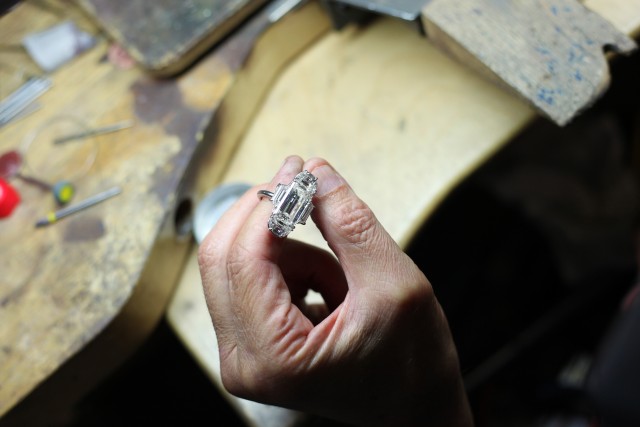 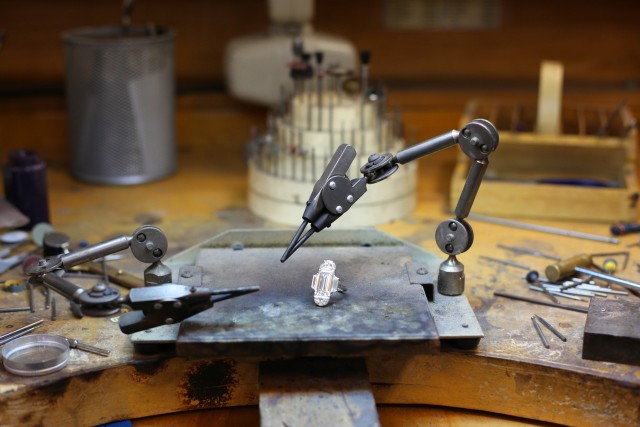 Joanna and Brian have been part of the Featherstone Design family for years, and we were honored to take part in such an important evening between the two of them. Here’s to wishing you two another crazy, fun, and exciting thirty years together!